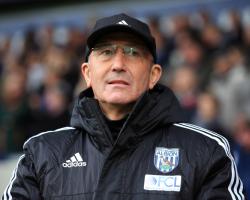 Media reports have suggested that Pulis could be offered the opportunity to take over at the Sky Bet Championship outfit if he leaves West Brom.

However, Ferdinand has warned against reading anything into that, and insists Rangers are not looking to replace Hasselbaink

Ferdinand said: "Tony Pulis came to the game the other night, which is a normal thing for a manager to do when his team aren't playing

I saw him and sat next to him

"The result on Tuesday was obviously unacceptable but I can categorically say we are not looking to change manager and are not considering anyone else."

QPR slumped to 14th in the Championship following their thrashing at the hands of Newcastle - the Hoops' heaviest-ever home league defeat.