QPR board back Hasselbaink after investigation into Daily Telegraph allegations 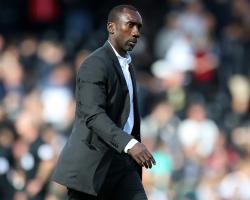 Hasselbaink was secretly-filmed by undercover reporters as part of a Telegraph investigation with the newspaper alleging the Dutchman requested a fee of ÃÂ£55,000 to work for a fake Far Eastern firm seeking to sell players to the club.

The former Chelsea and Leeds striker immediately denied any wrongdoing, and Rangers - who said they had not been provided with information requested from the newspaper - have now backed Hasselbaink following an internal investigation at Loftus Road